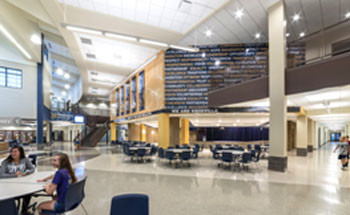 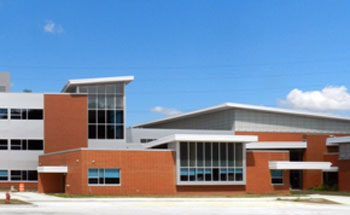 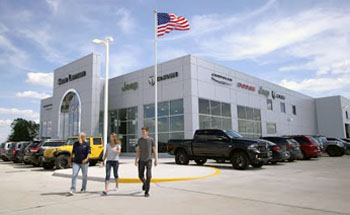 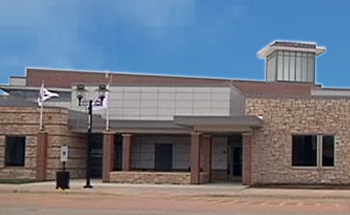 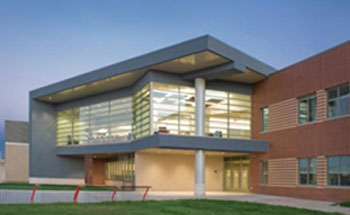 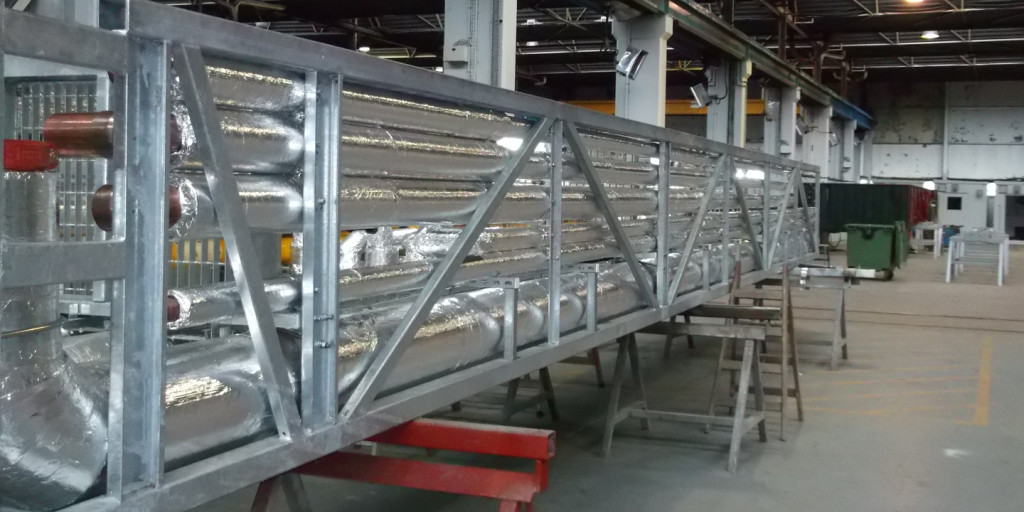 It takes a confident and forward-thinking executive to want her competitors to raise their game. But that’s exactly what Sue Klawans—vice president and corporate director of operational excellence and planning for Gilbane Building Company—wants to see, in the form of a collective move toward more modern construction methods, and prefabrication in particular.

“In terms of prefabrication and construction adoption, I’d say we’re still in elementary or maybe middle school in the United States,” she says. “But we’re also in a golden age. I can remember taping revision sketches to drawings or delivering rolls of 200 sheets of drawings. BIM is already making a difference; it’s just that there is potential for so much more.”

Klawans should know. She is a leader in an industry that’s currently interested in big-picture issues. Aside from her role at Gilbane, she’s also vice chair of the Off-Site Construction Council (OSCC)—established by the National Institute of Building Sciences (NIBS) in 2013—and a cofounder and board member of the Construction Quality Executives Council (CQEC).

According to Klawans, the old way of building doesn’t make sense in the context of big commercial projects: “There are three tracks for innovation. The most gradual one is iteration, meaning we get consistently better at what we are already doing. For instance, we shouldn’t have to individually cut every wire and turn every wire nut while standing in each room in a commercial building when we can deliver a box to each room with precut wiring connectors and snap-in outlets. That’s happening already, and it will become typical.”

Another track of innovation is modular construction, such as China’s astonishing yet troubled Mini Sky City, a 57-story skyscraper erected in just 19 working days, or Brooklyn’s Atlantic Yards Tower B2.

“And in the middle of these two extremes are innovators like J.C. Cannistraro, who are really trying to optimize things like safety and effective collaboration,” Klawans says. “The willingness to work together and ‘open the kimono’ across company lines is a big cultural shift in our industry over the last 10 years. We’ve been enabled by BIM, and it’s proving the best way for our industry to advance rapidly. Sharing intellectual property (IP) is happening in other industries, such as Tesla making its patents available to competitors. It’s bound to happen in ours. Once you have the experience of sharing and collaborating, it’s infectious.”

For Klawans and Gilbane, drivers of change toward prefabrication adoption include:

1. Safety. “This is such a big one for us,” Klawans says animatedly. In 2007, the company’s accident rate had been below OSHA rates for years, but Klawans says, “That wasn’t good enough because we strive for zero.” Gilbane implemented Gilbane Cares, a cultural shift with proactive processes to prevent risk and injury.

“It’s been eight years now, and we have really improved,” she says. “It’s so gratifying to know that people are going home safe.” Klawans believes prefabrication enhances safety. “Time spent in a shop, standing comfortably, is just obviously safer than doing work on a ladder or scaffold, working over your head,” she says. “The more we reduce onsite construction time, the safer our crews will be.”

2. Quality. For Klawans, simple efficiency in construction is not the right goal; better design and fabrication also yield higher-quality buildings. “When we use BIM and prefabrication more, we are testing our designs more and doing more work in controlled environments,” she says. “That ‘build it before you build it’ approach improves quality and significantly reduces the punch list at the end of a project, and our buildings are better.” 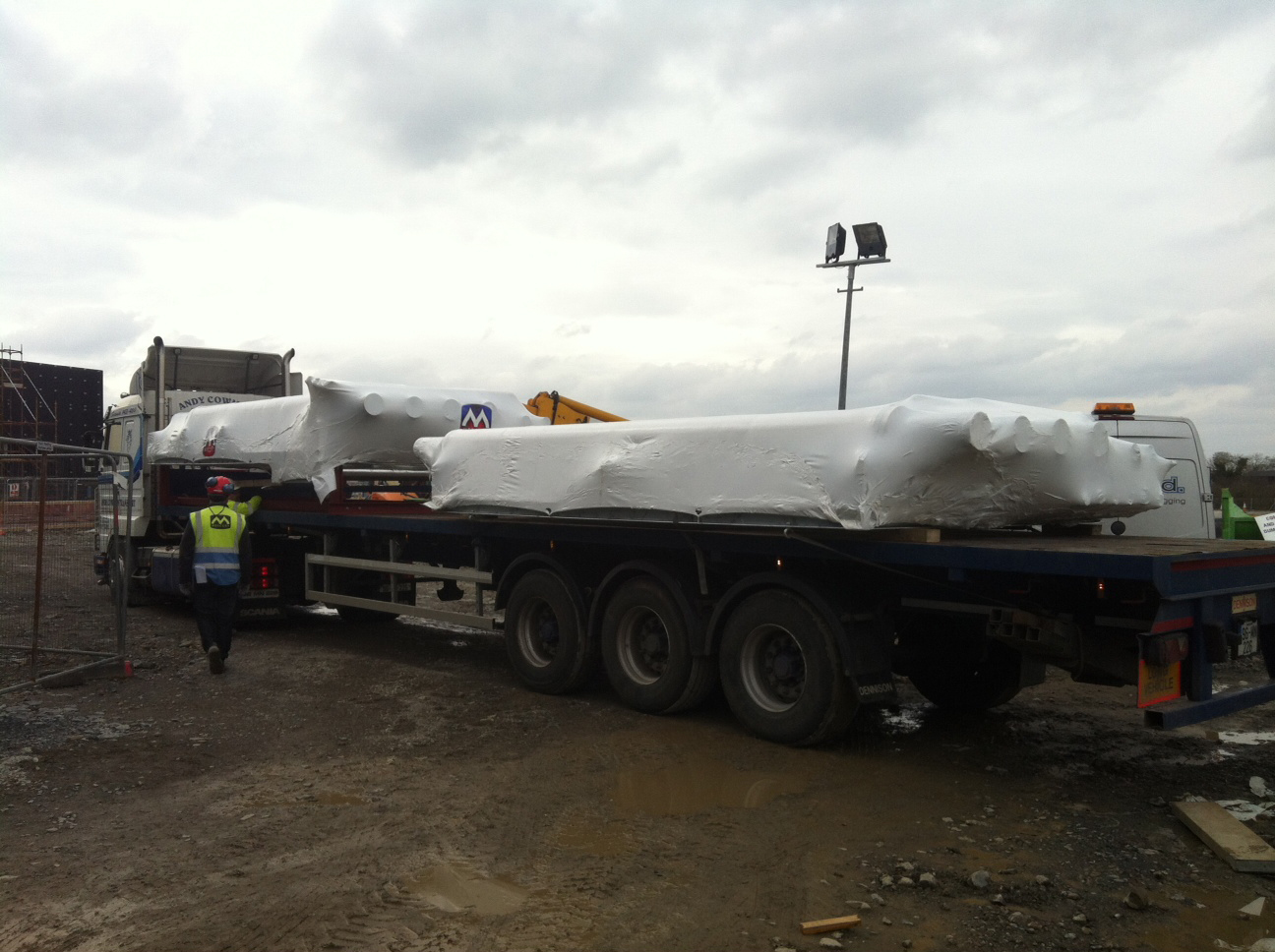 3. Sustainability. Sustainability gains in construction are not easy to justify in pure accounting terms. Gilbane approaches this aspect of design as a moral imperative. “We know for sure that we’re reducing the amount of waste generated during construction, and we’re also reducing the overall amounts of material used to complete a building,” Klawans says. “If we build with less waste, that’s just worth it.”

4. Reduced, Predictable Timelines. Klawans agrees with Mike Cannistraro and other industry leaders that overall project timelines may not be reduced—rather, design time tends to expand, and construction time shortens. She points to two reasons why: “First, as we get better at working in collaborative, high-productivity teams, design time will certainly start to come down. And second, more time and collaboration on planning and designing reduces risk, enabling overall construction schedules to become more consistent and reliable. That’s worth a lot. Our industry doesn’t measure [time savings] well yet, but we know that we’ve saved a week per floor on an eight-story building.”

Klawans’ emphasis on high-productivity teams is a consistent feature of her message for the industry. And as far as influencing her competitors to get onboard, it helps that she is such a compelling, motivational, and passionate speaker.

“We need to use the talent of our people, the designers, and the clients at their peak capacity,” she says. “That means less work on tedious tasks and more time working effectively with others in teams. Part of that is culture—trust, integrity, collaboration—but we’re learning that productive aspects of our firm’s culture can be formalized as processes, and we’re even finding ways to include our principles in multiparty agreements. Basically, we always have to be open to innovation and be able to optimize opportunities.” 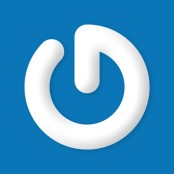